Vinylphosphonic acid (VPA) has excellent heat and hydrolysis stability as well as flame-retardant properties and also posses strong metal complexation and adhesion properties with dispersing benefits. Need for innovative products in daily life is steadily increasing so new materials suitable to meet these requirements have to be developed. Poly vinylphosphonic acid and its derivatives which include poly vinylphosphonates and poly vinylphosphine oxides have been developed as functional synthetic polymers and gained importance in the polymer applications. 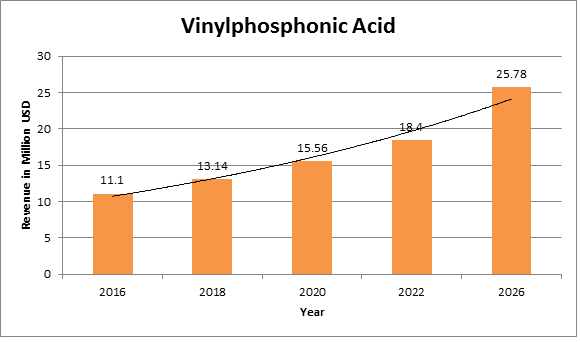