Gasoline Direct Injection (GDI) System Market is expected to reach USD 12.04 billion by 2026 at CAGR of 13.22%. Gasoline Direct Injection (GDI) is a new technology that follows Port Fuel Injection (PFI). Instead of injecting the fuel on the back side of each intake valve for each cylinder GDI sprays directly into each cylinder. GDI uses high pressure to deliver fuel at any point on the compression stroke. This allows the fuel to be considered a stratified fuel charge which means fuel/air mix is rich around the spark plug only and the remaining mixture in the cylinder is very lean. This allows for aggressive timing curves and better fuel economy hence GDI can improve fuel economy by up to 24%.

Gasoline Direct Engines offer many advantages as compared to PFI engines, as regard efficiency and specific power. To fully exploit this potential a particular attention must be paid to the in-cylinder formation process of air/fuel mixture. More demanding performance is required to the combustion system, since injectors must provide a fine fuel atomization in considerably short time, achieving a spray pattern able to interact with in-cylinder air motion and piston top surface. This is made possible through the Common Rail technology allowing an injection pressure one order of magnitude higher as compared with that of conventional PFI engines.

The injector is the most important element of the whole system, having a key role in the mixture preparation process. Apart from the ability to give different spray features depending on engine operating conditions, it must guarantee sealing during combustion; resistance to temperature and leakage; resistance to deposit formation. An important parameter of injector design is the sac volume, which is the fuel volume downstream of the tip sealing element, residual of the previous injection. Being not subjected to the CR high pressure, it is ejected with poor atomization and hampers the correct atomization of the subsequent fuel volume; therefore, it has to be reduced as much as possible. 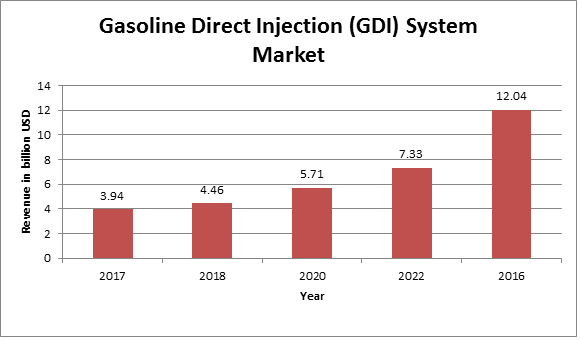