Commercial Electric Cooking Equipment Sales Market is valued at USD 8.8 Billion in 2017 and is expected to reach USD 12.6 Billion by the end of 2025, growing at a CAGR of 4.6% between 2017 and 2025. Changing lifestyle and growing influence toward outside food, restaurants and hotels have been gaining popularity among consumers. Commercial cooking equipment refers to appliances with electric or gas heating sources that are used in commercial kitchens. Commercial electric cooking equipment comes in many varieties and applications to meet the different needs of hotels and restaurants.

Most of the metro Politian Cities across the globe have thousands of restaurants which already adopted electric cooking equipment to strengthen their competitiveness and stand out in the industry. There are number of restaurants and hotels based on service they provide to customers. Traditional or fine dining restaurants are included in full service restaurants while quick service restaurants include take away, fast food outlets, food trucks, bars & pubs, bakery, and cafeteria. Catering service include food services provided for events, such as business meetings, social gatherings, or functions at various locations such as hospital, school, and corporate office. 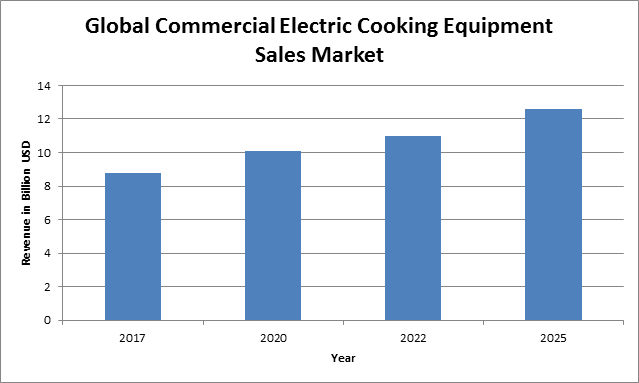